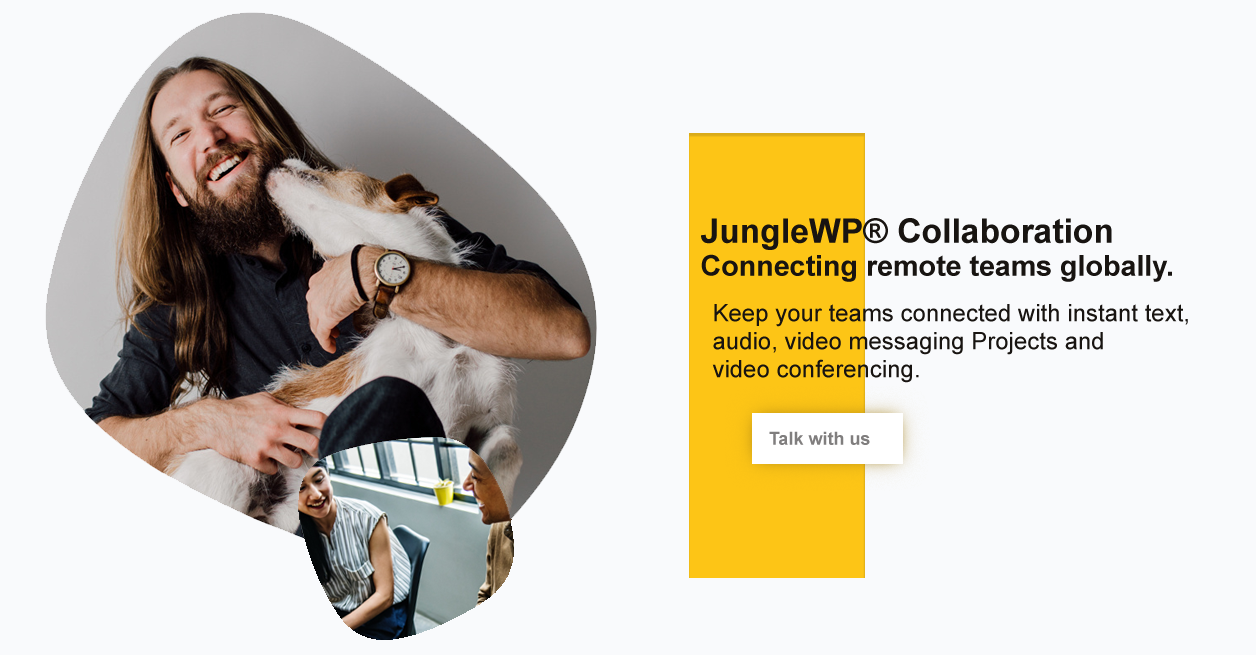 Conversations in JungleWP Tribes occur in channels. Channels are chat rooms with useful features designed to increase communication and collaboration.

There are three kinds of channels: public channels, private groups, and direct (1-on-1) messages.

Public channels (also called channels for short) act as a base for all channel types. Use channels for conversations that are open to your entire team. Anyone on your team can join a channel.

Channels make it easy to find what's going on with your team. New team members can join a channel and read all the information previously shared by other users.

When in doubt, create a channel. Public conversations help you build a knowledge base of your organization with minimal effort. For example, create a channel for a company department or to discuss a specific programming language.

Private groups are closed channels. They are visible only to their members. Use private groups for subjects that are sensitive, confidential, or limited to a small group of team members.

Direct messages (DMs) are a private 1-on-1 conversation between team members. They can be sent to any user on your server.

Find public and private channels that you are watching in the left sidebar under the Channels sections.

When using the Unread Mode, a new section called Unread appears on the left sidebar. All channels with unread messages move to this new section until the messages have been reads.

There are some default choices for audio provided by JungleWP Tribes. However, you also get to choose custom audio files for the same. Get further information about Custom Sounds.

There are three ways of joining a public channel; through search, invites, or mentions.

For starting a direct message, you can either search the user you want to talk or click on that user's avatar and click on the Conversation Button.

To search for channels and users, use the search bar under your account box. Alternatively you can press Ctrl/Cmd + k to access the search bar quickly.

A search will find channels (including the ones you are part of) and users. You can not search inside private channels.

When you click on a search result, the following can happen:

Leaving channels There are two options for leaving a channel:

To leave a channel, enter the command /part or /leave in the message window. Alternatively, hover your mouse over the channel in the list of channels on the left-hand side and click on the leave channel button.

To hide a channel, hover your mouse over the channel in the list of channels on the left-hand side and click on the hide channel button.

To create a channel, you need to click on the plus + button that is alongside the channel search bar.

A pop-up opens. You can set the name of that channel, choose if the channel is public or private, set the channel to read-only, broadcast the channel, and invite users.

In read-only channels, messages can only be sent by users with write permissions. All users can react to messages in this channel. Read-only channels are most suitable for announcements and voting.

Encrypted channels, messages will be end to end encrypted. See: End to End Encryption for details.